This year the Rorschach has turned one hundred years old. On the occasion of this memorable anniversary, Rorschach expert Hugo Lüscher relates how this method came into being and what fascinates him about it.

If you had to explain to someone in one sentence what the Rorschach test is all about, what would you say?

Tell me what you see and I’ll tell you who you are.

You have been dealing intensively with this method for quite some decades, and for more than forty years, you brought it home to students. How did you develop this passion?

During my time as a working student, I attended a lecture on the Rorschach test. I was short of money and taken on as a semester assistant by the then lecturer. During this time, I acquired a considerable body of theoretical knowledge about the test, I even wrote a book on it. My enthusiasm for this method and its subtleties grew fast. I realized what’s in it and became aware of its potential. When the lecturer became a mother and was no longer able to give as many Rorschach lectures, I subbed – and stayed.

From your experience as a lecturer: What happens to people when they begin dealing with the Rorschach test more intensively?

Students have often told me that this lecture taught them to think psychologically. I noticed in the lectures that the Rorschach test is indeed an excellent model to learn precisely that.

The method builds on the creation of relations between psychological criteria. In order to describe a personality, a dynamic web or network of interdependent relations is created. The Rorschach test makes psychology come alive. To my mind, mobiles are a great illustration of this process, for example those created by artist Alexander Calder.

Speaking of artists: The Swiss Hermann Rorschach, who devised the original test, was also not only a psychiatrist, but an artist.

Precisely. And in the early going he was just enthusiastic about the inkblots that are characteristic of the test, he did not immediately think of making a method of it. The so-called “Klecksographies” were a well-known and popular party game: Some ink was spilled on a piece of paper, the paper was then folded, and people used to ask each other: “What do you see in it?” Because of the pleasure he took in this game, Rorschach in his student years got the nickname of “Klecks” (i.e. blot).

Later on, Rorschach carried out inkblot experiments on the pupils of a colleague who had become a teacher in order to gain insight into the pupils’ imagination. While reading a doctoral thesis whose author examined the content interpretations of inkblot cards, Rorschach hit on the idea of using inkblots for the purpose of personality research. He soon became aware that the content seen in the pictures was not the most important aspect about them. He identified criteria such shape or color as essential. He realized that even movement was perceived in the inkblots. Based on these considerations and examinations, Rorschach eventually developed the Rorschach test.

The ten inkblot test pictures appear random. Were they created as spontaneously as it seems?

No, Rorschach actually repworked the inkblots because he intended to evoke certain impressions. Thus, the pictures are not just random creations from ink. Rorschach understood the relevant aspects and redesigned the original blots accordingly. He deliberately added elements that would evoke certain impressions. For example, one of the ten blots was to evoke the perception of a bat, and so he designed the blot bat-like. This reveals a vital difference: To my mind, the Rorschach test is not a projective test, but rather, like for Rorschach himself, a perception test. For example, it detects whether the bat is perceived in that particular blot. If the test was projective in nature, it would, for example, detect whether someone believes that the bat perceived in the inkblot is ‘sad’ or ‘flying home’.

Where does the information about the creation of the inkblot cards come from?

Rorschach, who died of peritonitis at a young age, left two children. Several decades later, a chest was found on them that contained, amongst other things, forerunners of the final cards. In the early going, Rorschach used to work with many different inkblots and then by and by discarded the ones that hardly generated any responses in the tested persons.

Apart from the history of the cards, the chest also brought to light numerous drawings, among which, for example, portrait drawings of Rorschach’s superior created in Rorschach’s time as a junior doctor at the psychiatric clinic. Whenever Rorschach was in charge of organizing an evening of entertainment at the clinic, he used to thrill people with his art.

Rorschach did not live to see that his test became widely known. Today, the test is used worldwide in different variants, and one international and over thirty national Rorschach societies are in existence.

What was the motivation for you to keep going with the Rorschach test for so long?

The longer you deal with the test, the more the world of the human psyche unfolds to you. My own world has definitely become richer for it, and it has even left its mark on my private life: I met my wife at a Rorschach congress. She is a “Rorschachist”, too, and also has professional dealings with it. Since then, we have kept exchanging thoughts about it, and I believe it has helped us to move forward in our personal development.

And now as the anniversary of the Rorschach test approaches, what wishes do you have for the test for the next hundred years?

I wish that the rich wealth of knowledge about the Rorschach test will be preserved. The test does not tap into current trends in psychology, but considers human multidimensionality and diversity. My hope is that psychotherapies and psychological tests will continue this way into the future. Hugo Lüscher was born in 1948. He completed a four-year apprenticeship as an electronics technician and then obtained his general qualification for university entrance (“Matura”) on the second educational path. He studied Psychology, Psychopathology and English Literature at the University of Zurich. For 41 years, he worked as a Lecturer in Psychodiagnostics at the institution which is today known as the University of Applied Sciences, School of Psychology in Zurich, where he taught, among other topics, the Rorschach test. For 13 years, he was head of the Psychological Service at a private psychiatric clinic. Since then, he has been engaged in his own psychotherapeutic practice and also works as a Supervisor and Trainer for Psychotherapy and Psychodiagnostics. In 1996, Hugo Lüscher founded the Swiss Rorschach Society, of which he is President. 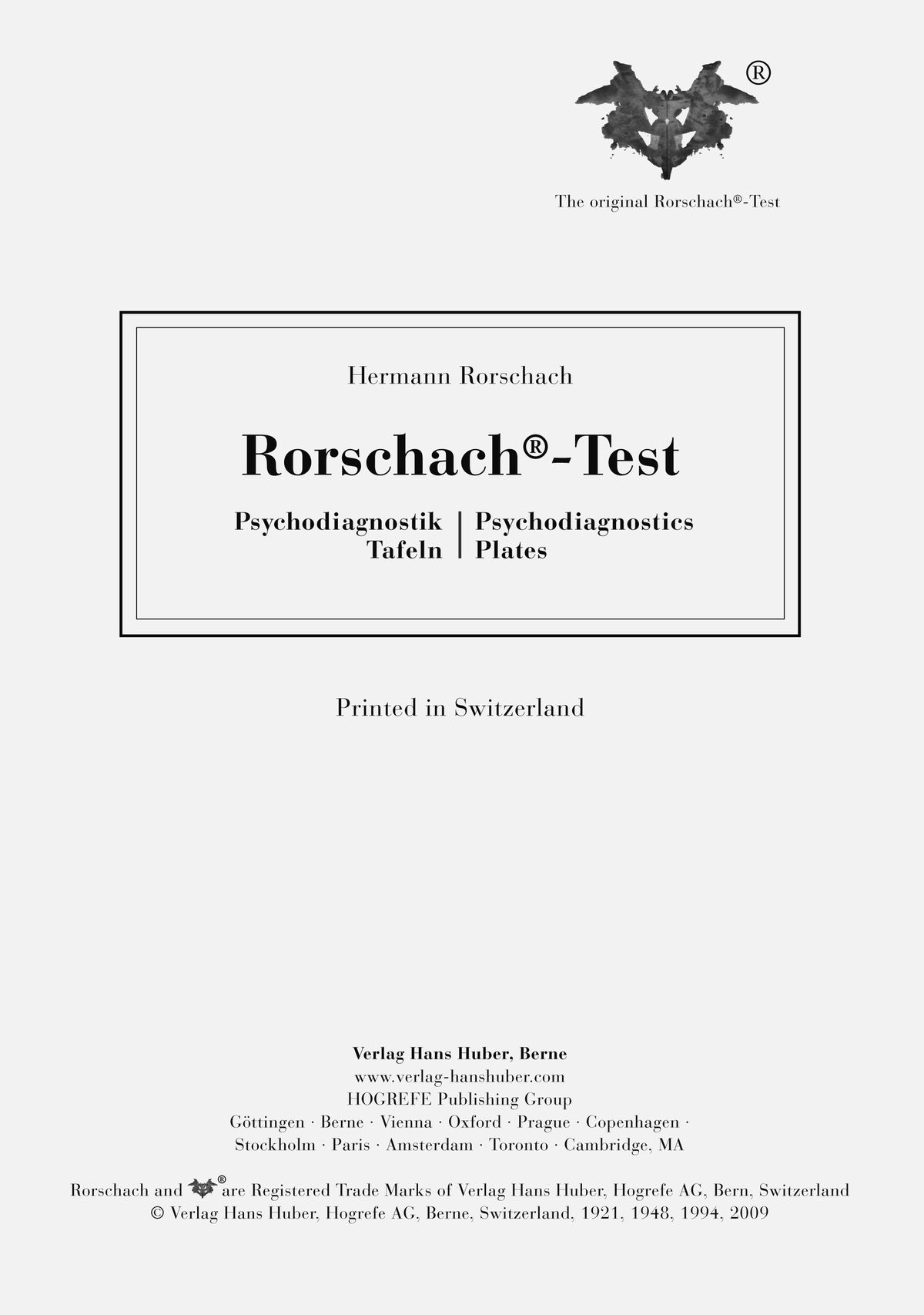 Rorschach® Test Set of 10 plates in a folder by Hermann Rorschach
When the ink blots that Hermann Rorschach designed and created were first printed, he and his publisher Verlag Hans Huber – now known as Hogrefe Publishing - developed special printing processes and techniques to achieve the precise colours and shades he had conceived. Right up until the present day…
Learn more
save 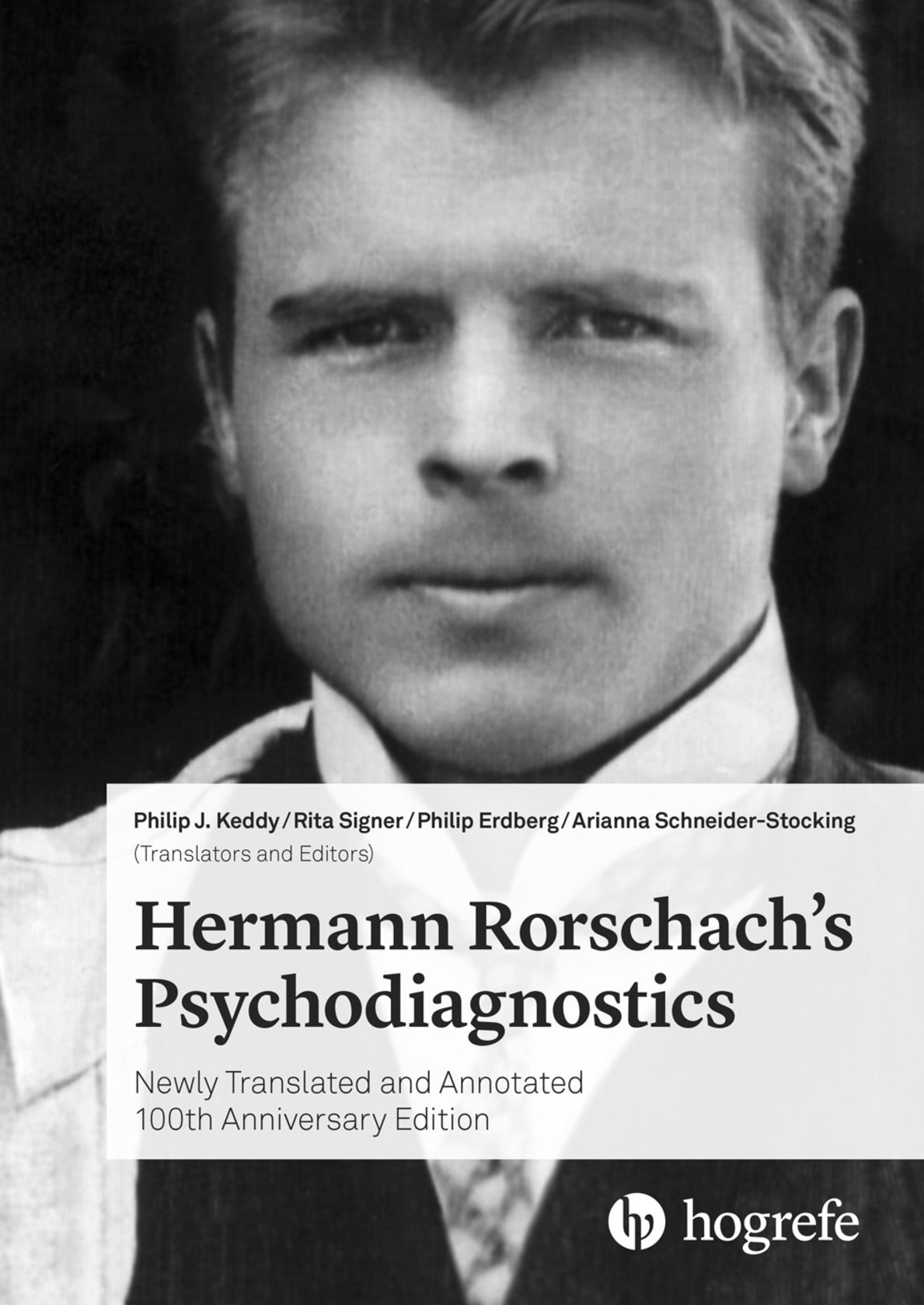 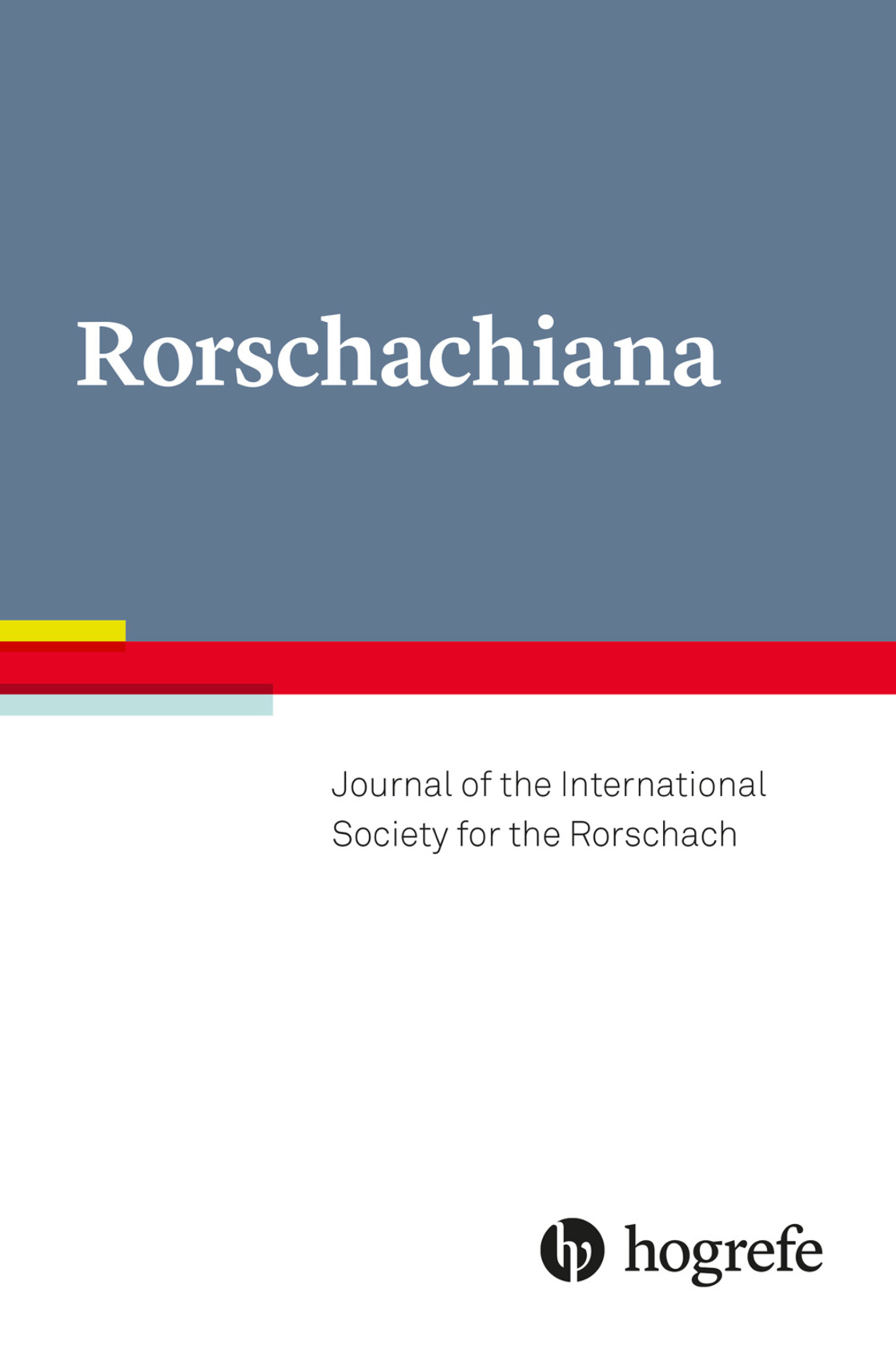 Rorschachiana Journal of the International Society for the Rorschach edited by Filippo Aschieri
Thought-provoking contributions from the world of the Rorschach, including a special section presenting research using the Rorschach on specific topics with comments from non-Rorschach specialists.
Learn more
save