Dr Michel, you have worked in the field of suicidology for over 20 years – what do you think are the gaps in our knowledge about helping people who attempt suicide?
Some 30 years ago Ronald Maris, an American suicidologist, wrote: “Suicide cannot be prevented until it is properly conceptualized.” In spite of a vast number of studies focusing on factors associated with suicide risk we are still lacking a satisfactory concept that could explain why people become suicidal – but the good message is that we are definitely moving forward. While the medical model is still an important aspect of clinical suicide prevention (in other words, the adequate treatment of mental disorder reduces suicidality), there is now increasing evidence that cognitive and behavioral therapies can reduce the risk of patients reattempting suicide. The important question is: Can we “cure” suicidality or is the best we can do is to teach people how to better cope with the next suicidal crisis? Personally, I clearly subscribe to the latter idea, particularly for patients who have made a suicide attempt.

What are the challenges in offering services for people who have attempted suicide?
There are many. First, there are the vast numbers of individuals attempting suicide once or many times in their lives. Then, associated with this, is the lack of health care resources to deal with these patients, and, thirdly, the poor patient compliance with follow-up treatments. The question is how can we keep these patients in treatment, especially when we consider that people with a history of attempted suicide have a manifold increased risk of suicide and repeated suicide attempts over decades, probably for the rest of their lives.

You and your colleagues have recently published a report on the results of a RCT examining the efficacy of the Attempted Suicide Short Intervention Program (ASSIP) [1]. What is truly novel about this new intervention?
ASSIP includes various therapeutic elements that are novel. The therapy process starts with a narrative interview, in which the patient is put into the driver’s seat regarding the story behind the suicidal crisis – the patient is the expert who knows the story, not the therapist. This means that the patient has to explain to the therapist how he or she came to the point where there seemed to exist no other solution other than putting an end to the life. Patients have an impressive narrative competence, something which is usually not acknowledged in a typical clinical interview. Also, we cannot stress enough that every suicidal crisis has a very personal story. Only when there is a shared understanding between patient and therapist will a true therapeutic alliance ensue – and that is the main hallmark of ASSIP. Another novel element is the video-playback session where patient and therapist watch the patient’s narrative together. A written text handed to the patient conveys a model of suicidal behavior based on the concept of the suicidal mode – an out-of-the-ordinary state of mind in which we are no longer able to decide and act in a rational way. Regarding the outreach element – the regular letters sent to the patients – it seems that, rather surprisingly, so far nobody else has combined a psychological intervention with regular letters personally signed by the ASSIP therapist. This way we try to maintain the therapeutic relationship over 2 years through the letters, reminding patients of the safety strategies developed in the therapy sessions.

And what do the results of the RCT reveal?
The reduction of repeat attempts in the treatment arm of the RCT (80% reduced risk of reattempts over 24 months) is amazing – even more so when we take into consideration that, with 3–4 sessions, ASSIP is an ultra-short (and low cost) therapy. Another aspect is that the ASSIP group had very few drop-outs, and most patients told us that the clear structure of the therapy and the collaborative working relationship were very important for them. A finding that surprised us is that ASSIP study participants spent significantly fewer days in hospital during follow-up, and still did so much better than the control group in terms of reattempts.

How do you see a method such as ASSIP being realistically integrated into daily practice?
An advantage of ASSIP is that the therapy (and the manual) is short and well structured. We believe that for experienced therapists ASSIP is relatively easy to learn. Ideally, ASSIP is administered as an add-on intervention, and it is advisable that the ASSIP therapist is not involved in the day-to-day clinical management of the patient. We expect that many psychiatric services will be interested in introducing ASSIP, but, obviously, we are currently very interested in research settings that will replicate our RCT.

Given that attempted suicide is a worldwide problem, how culturally independent is ASSIP as a method?
This is something we shall have to find out. I expect that in most Western countries the basic therapeutic approach of ASSIP (a narrative interview, and openness to talk about experiences of pain and shame) will function just as it does in Switzerland. In other cultures, however, where patients are not used to disclosing very personal matters in an interview with a health professional, it may be difficult to use ASSIP. I shall be very interested to hear from the experiences with ASSIP in Arab or Asian countries. It may well be that an adapted version of ASSIP will have to be developed. LB

Clinical psychiatrist and Professor at the University Hospital of Psychiatry in Bern, Switzerland. He has developed a model of understanding suicidal behavior based on the theory of goal-directed action and narrative interviewing. He is the initiator of the Aeschi Working Group – an international group of clinicians and researchers dedicated to improving clinical suicide  prevention by developing and promoting patient-oriented models of understanding suicidal behavior. 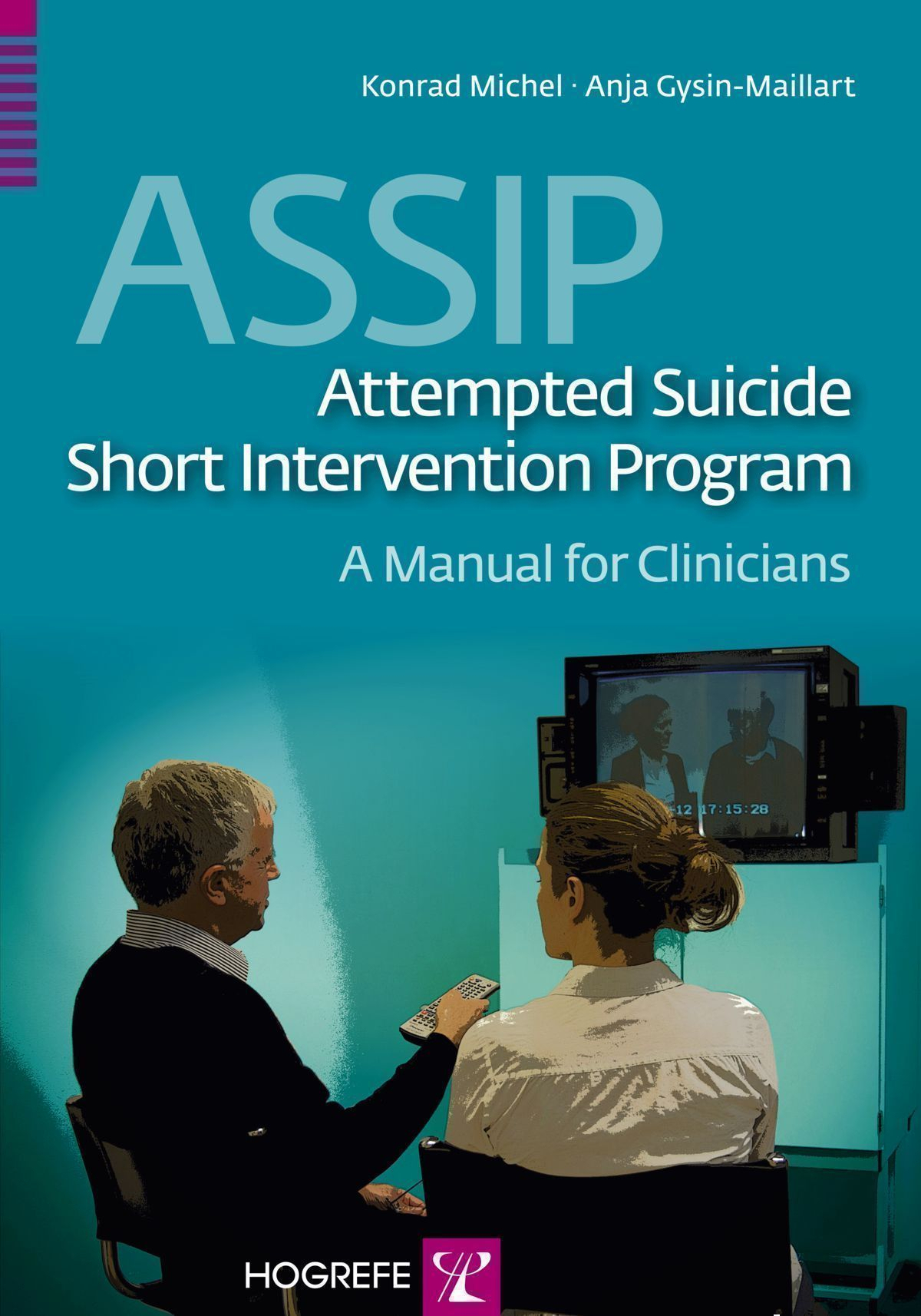 ASSIP – Attempted Suicide Short Intervention Program A Manual for Clinicians by Konrad Michel, Anja Gysin-Maillart
An innovative and highly effective brief therapy for suicidal patients – a complete treatment manualAttempted suicide is the main risk factor for suicide. The Attempted Suicide Short Intervention Program (ASSIP) described in this manual is an innovative brief therapy that has proven in published cli…
Learn more
save 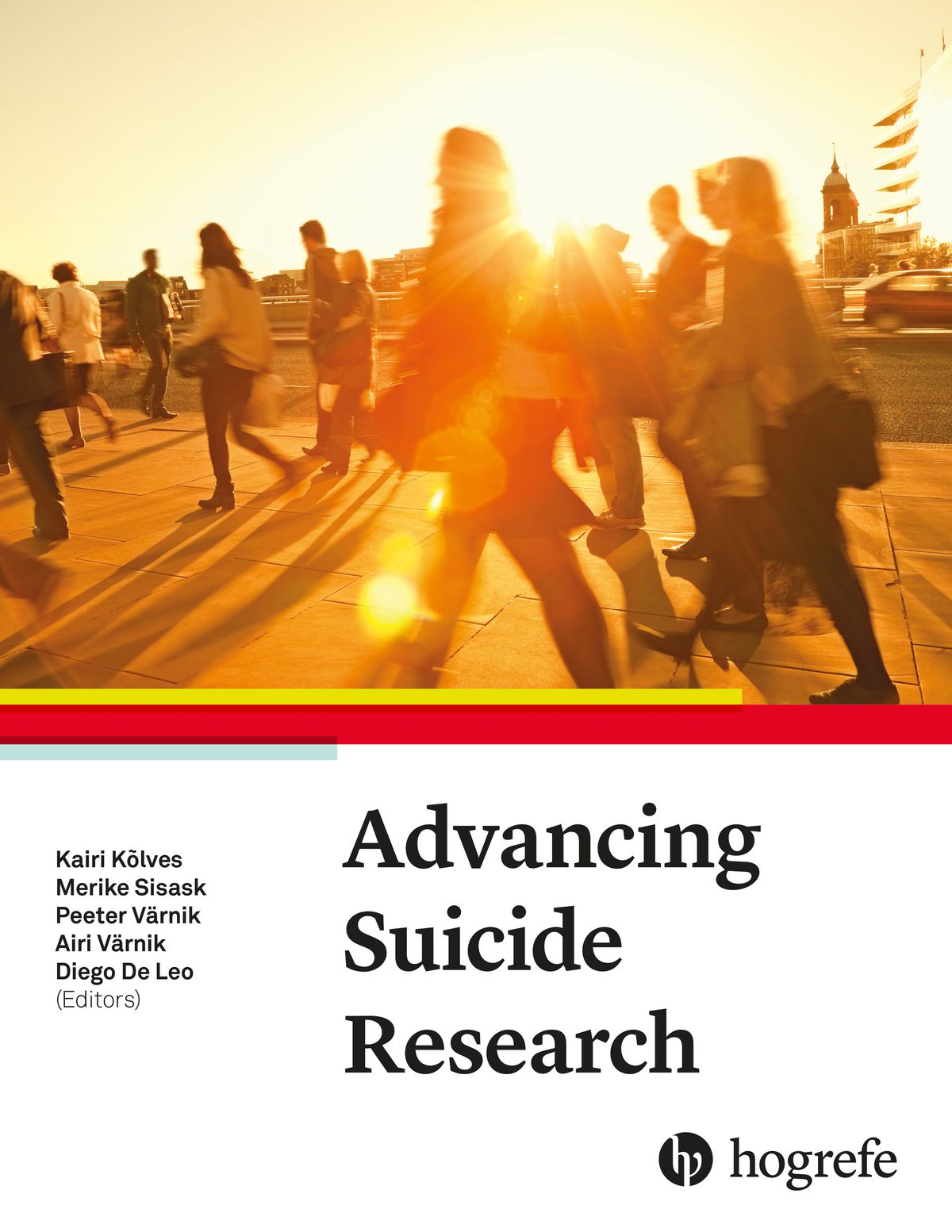 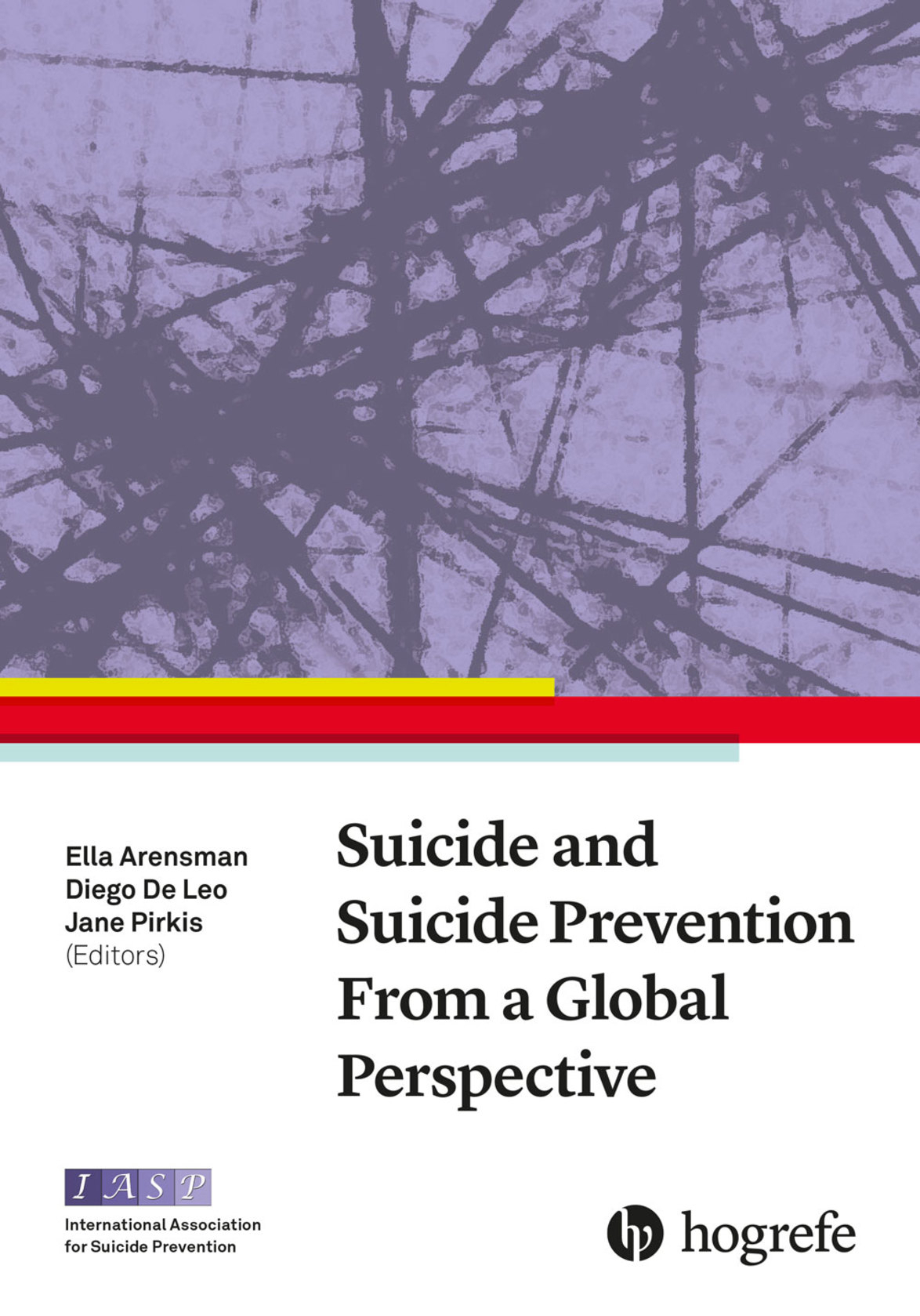 Suicide and Suicide Prevention From a Global Perspective edited by Ella Arensman, Diego De Leo, Jane Pirkis
This book takes a global look at the current challenges and solutions in suicide prevention by exploring the major milestones and achievements reached so far to reduce suicides rates in six different geographical regions.
Learn more
save 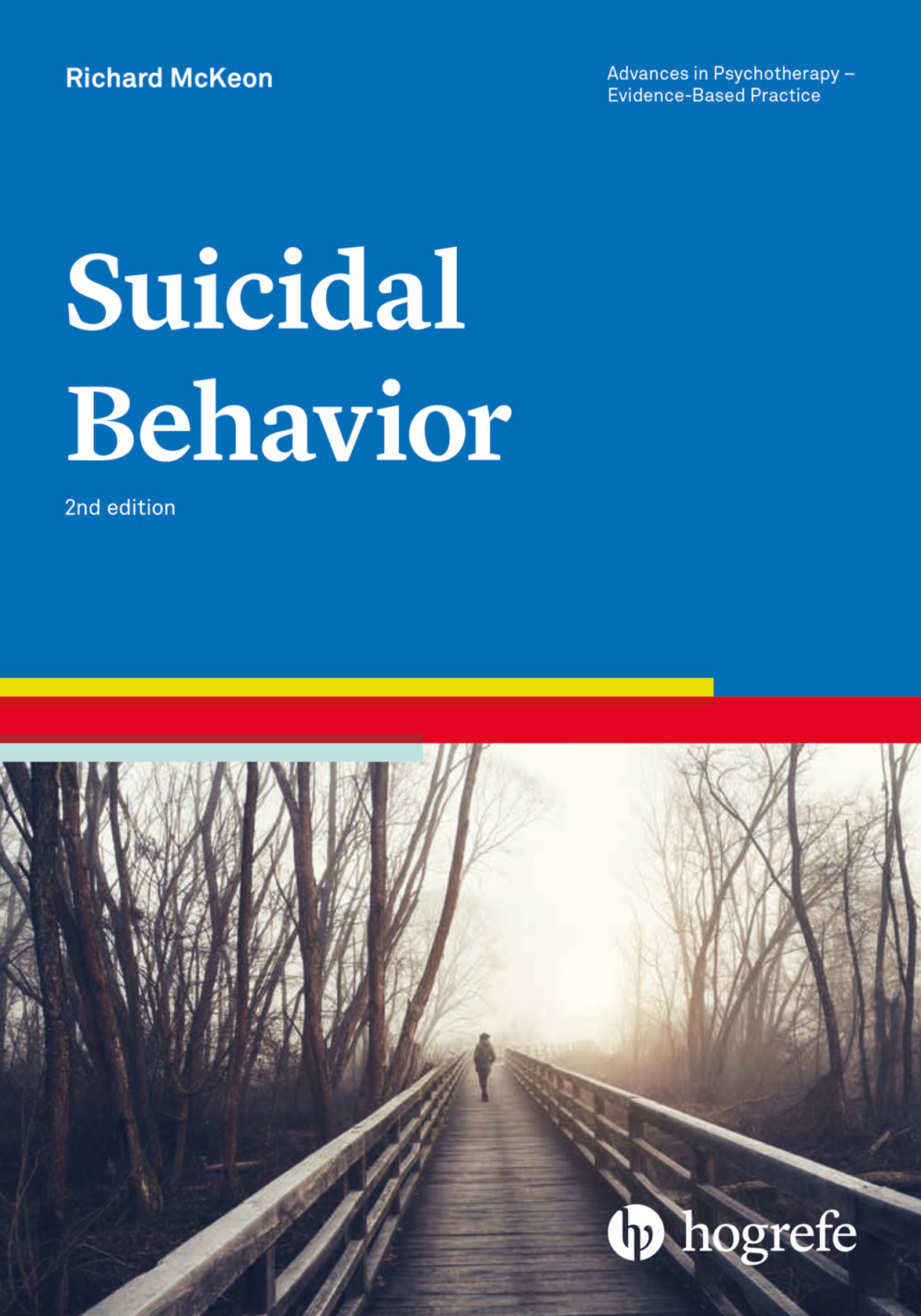 Suicidal Behavior by Richard McKeon
The second edition of this popular volume has been revised and fully updated to show which empirically supported approaches to assessment, management, and treatment really help those at risk of suicidal behavior.
Learn more
save 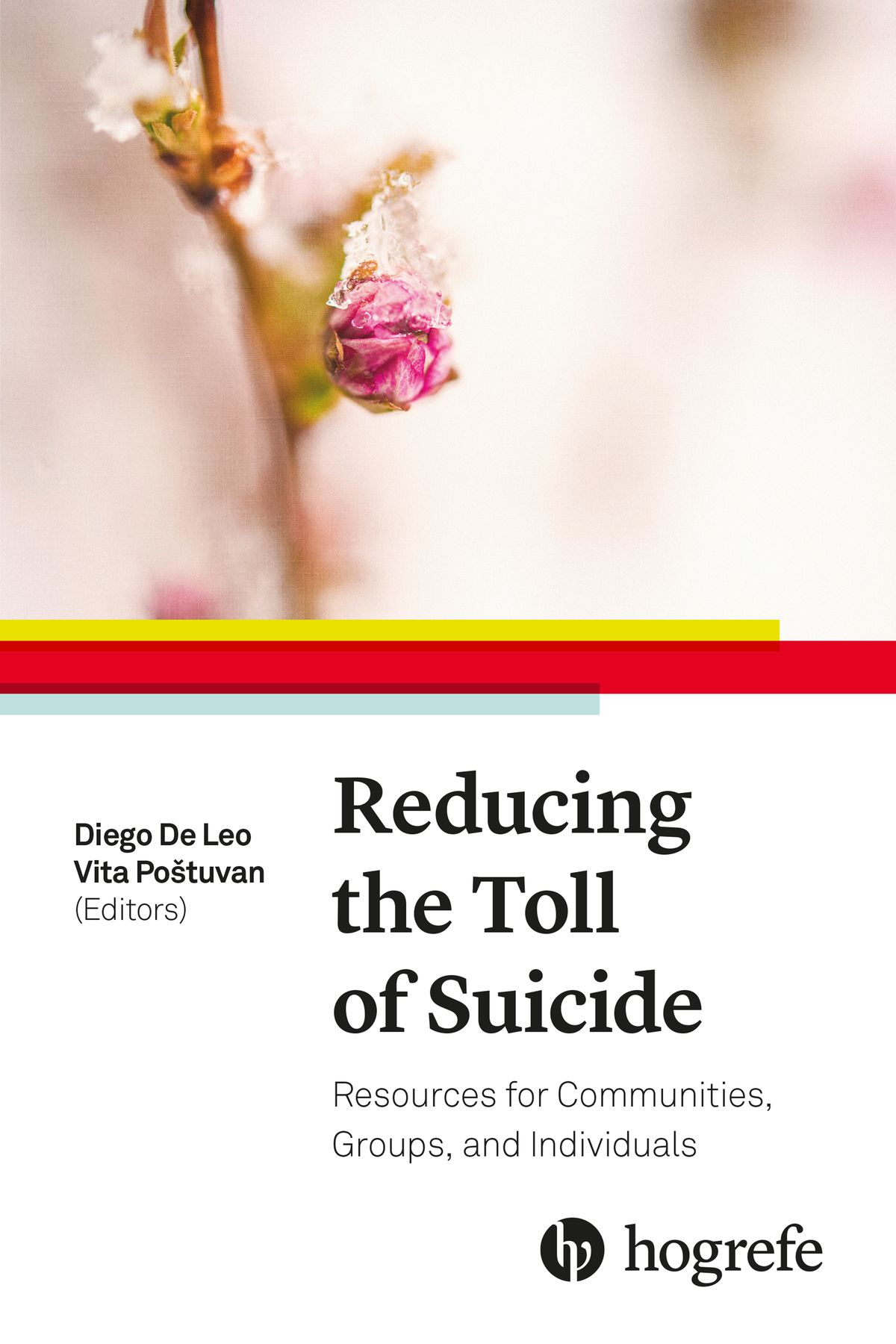 Reducing the Toll of Suicide Resources for Communities, Groups, and Individuals edited by Diego De Leo, Vita Poštuvan
This second book based on the TRIPLE i in Suicidology conferencesof the Slovene Center for Suicide Research provides food forthought to practitioners, researchers, students, and all those whocome into contact with the tragedy of suicide, with the hope ofstimulating new ideas and interventions.
Learn more
save 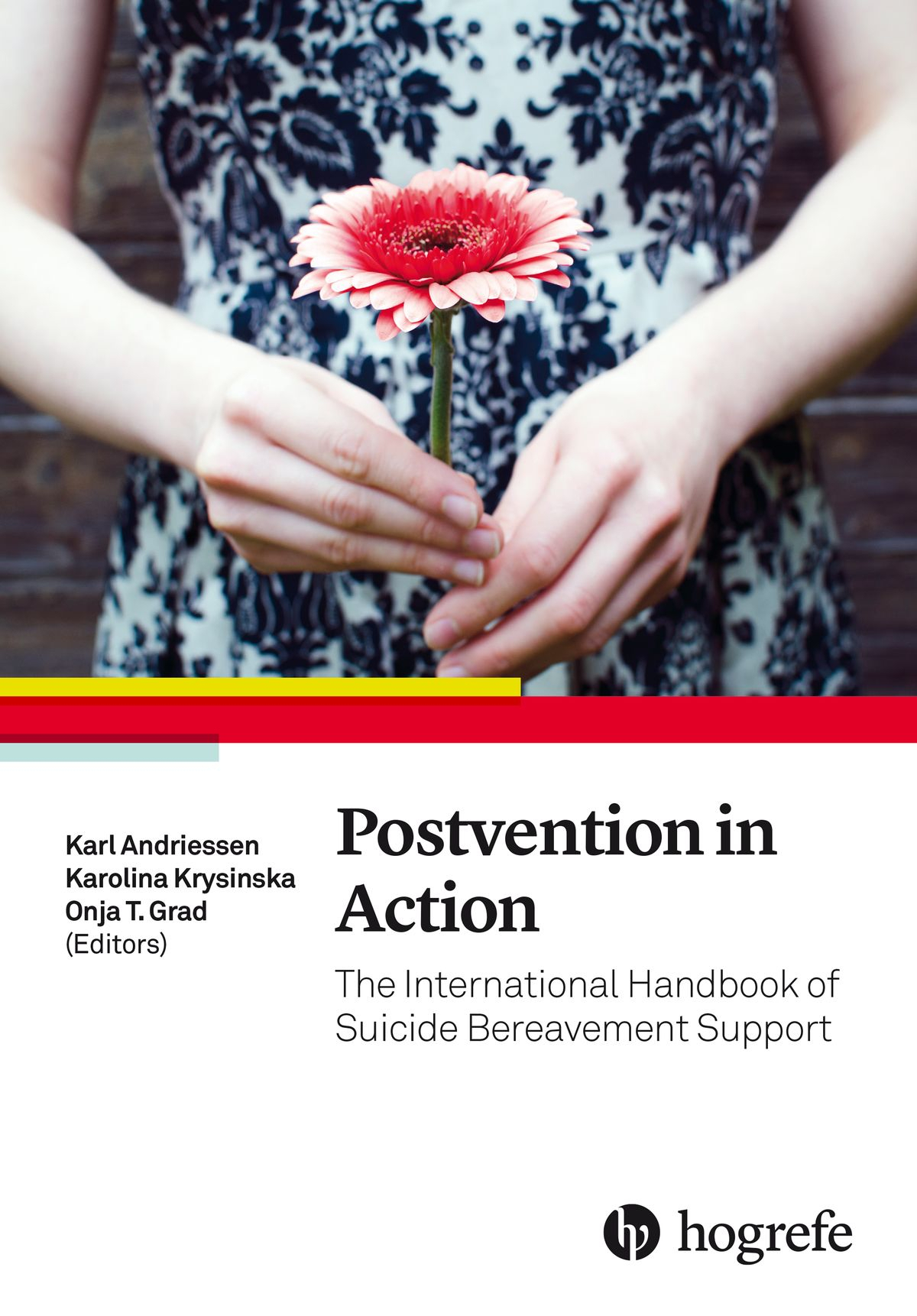 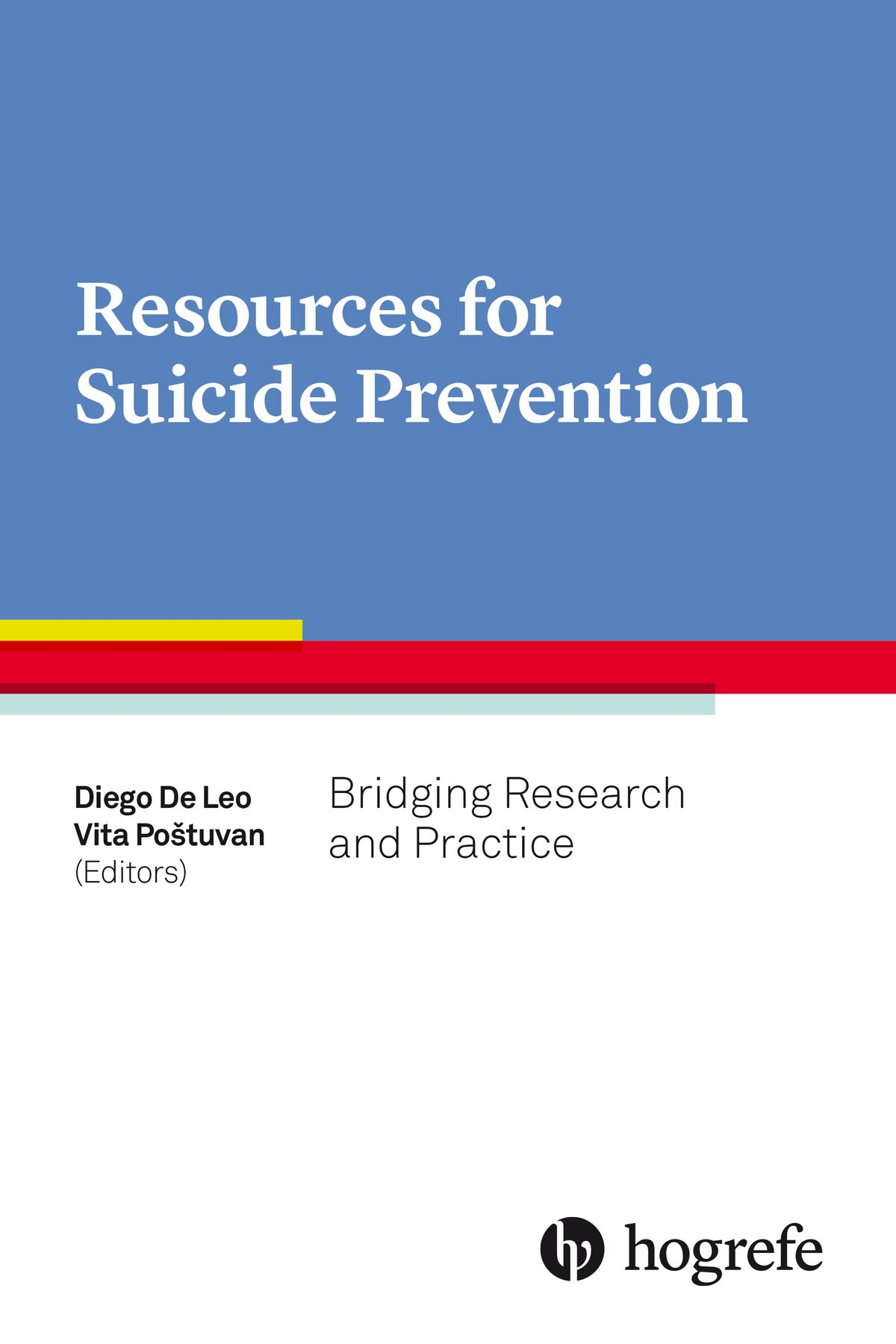 Resources for Suicide Prevention Bridging Research and Practice edited by Diego De Leo, Vita Poštuvan
Based on the TRIPLE i in Suicidology conferences of the Slovene Center for Suicide Research, this book provides food for thought to practitioners, researchers, students, and all those who come into contact with the tragedy of suicide, with the hope of stimulating new ideas and interventions.
Learn more
save