Dr. Fredrike Bannink sits down with our colleague to discuss the release of two new books, Practicing Positive Psychiatry and Positive CBT. Individual and Group Treatment Protocols. She talks about the importance of using a positive focus in psychotherapy, as well how these methods differ from their more traditional forms and her decision to publish the books. 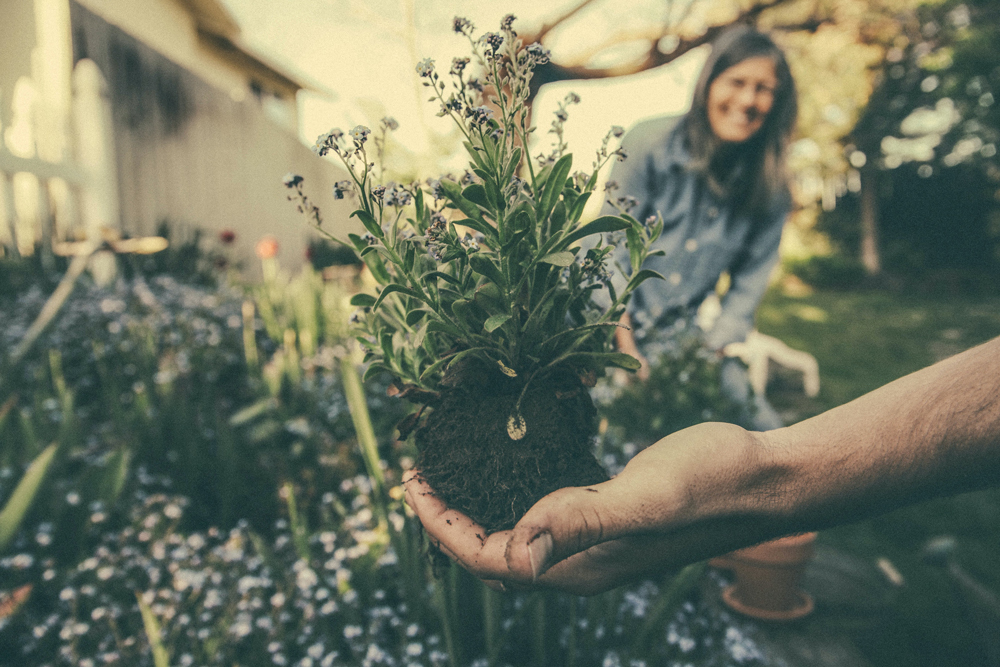 1. How did you get involved in using a positive focus in psychotherapy and why is it valuable?
As a clinical psychologist I have been working in a problem-focused way for many years, and what I mean is that I used the medical model, What’s wrong with you? What are the causes? How can we repair it? This is a very valuable model, but in the early 1990s I came across solution-focused brief therapy, which was a kind of a rebellion against the medical model. It said that we don’t have to look at what’s wrong with people. Why don’t we look the other way? Why don’t we put the focus on the future – the preferred future? Therefore, we don’t look at what’s wrong, we look at what’s right with people. We don’t look at what is not working, we look at what is working.

What solution-focused brief therapy and positive psychology have in common is the fact that they don’t stop at making people less miserable, but they want to be useful to get the people they work with on the other side of the scale, in the plusses. Suppose you have a garden full of weeds and you want to get rid of the weeds. After a lot of hard work, you’ve taken out the weeds of your garden. What kind of garden do you have? That’s an empty garden. So, the chances are quite big that the weeds will grow back. To make a beautiful garden with flowers or vegetables or whatever, you must do more than that. Not only getting rid of the weeds but you must have soil, manure, sun, and rain and then you’ll have a beautiful garden and you get into the plusses. In the plusses you will find well-being and a buffer against relapse.

2. You have two new books published in the past year – Practicing Positive Psychiatry and Positive CBT. Tell me a bit about the books and what are your main reasons for publishing them.
After having worked for many years in a problem-focused way using traditional CBT, I was not pleased with the outcomes. For instance, the number one disorder in the world, depression – I was shocked to find out that in the last 30 years, no progress has been made.

Traditional CBT is based on the medical model, as I already mentioned, so what I wanted to do with my model is to put all the research and the applications of solution-focused brief therapy and positive psychology, and integrate them within the CBT framework.

Increasingly people working in the field of psychiatry, and patients, are not satisfied with the way things are going, because what traditional psychiatry does is merely symptom reduction - also based on the medical model like traditional CBT. So, in positive psychiatry we see two paradigm changes and one culture change. The first paradigm change is “focus on the person, not on the disease.” The second paradigm change is based on the solution-focused model, which doesn’t look backwards at what’s wrong and how to repair what’s wrong (the analysis paradigm), but looks forward at what might be created – a new and better life for patients (the synthesis paradigm). Finally, the culture change is that things need to change in the training of psychiatrists, and in mental health institutions as well, so that people focus more on what is right and not only on what is wrong. Therefore, a nice quote might be, “Ask the patient not what is the matter with you, but what matters to you.”

Positive CBT and positive psychiatry are both transdiagnostic, so you can basically use them for any problem that people bring into the office.

3. What makes positive CBT and positive psychiatry different from their traditional forms?
Positive psychology is the scientific study of what makes life worth living. The research on solution-focused brief therapy shows that

Clients and professionals also say that the tone is lighter because it’s about what people do want, their preferred future, their strengths and competences, instead of on what they don’t want, their weaknesses and failures, and about exceptions to the problem instead of the problem.

4. How can your books be beneficial for mental health professionals?
When I look at the study that we did about positive CBT, clients preferred positive CBT over traditional CBT. We have many lovely quotes in the book such as: “Positive CBT offers a different approach not only for our clients but also for ourselves, therapists, as an antidote against burnout and general negativity.” by Professor Raes, Belgium.

And here is a quote in the book Practicing Positive Psychiatry:
“It is our belief that positive psychiatry and a focus on well-being can produce lasting results, augmented by psychopharmacology and various other treatments. This book defines a critical time point in the evolution of psychiatry.”
Dilip Jeste, Past President of the American Psychiatric Association.

5. Do you have any summary comments?
I’d like to add a couple of quotes from the clients who participated in our positive CBT study: Fredrike Bannink, PhD, is a clinical psychologist, child psychologist, and lawyer. She is a trainer and supervisor of the Dutch Association for Behavioral and Cognitive Therapies (VGCT) and cofounder and chair of the Positive CBT section. She is also founder and chair of the Special Interest Group (SIG) Positive CBT of the European Association for Behavioural and Cognitive Therapies (EABCT).

Her interests lie in the fields of positive psychology and solution-focused interviewing. She is an international keynote speaker, trainer, and author of about 50 books (https://www.fredrikebannink.com). Nicole Geschwind is an assistant professor at the Department of Clinical Psychological Science at Maastricht University. Her research interests are in the field of resilience to depression, in particular the value of positive emotions. By systematically examining the role of positive emotions in facilitating change, and by testing the benefits of a stronger focus on positive emotions in clinical settings, she hopes to contribute to improving psychotherapy. Frenk Peeters is a psychiatrist and psychotherapist. He is Professor of Clinical Psychology at the Department of Clinical Psychological Science, Faculty of Psychology and Neuroscience, Maastricht University, The Netherlands. Frenk is specifically interested in improving and renewing treatments for mood disorders; his practice utilizes both the problem-focused as well as the solution-focused approach. He has (co)authored more than 150 peer-reviewed papers and book chapters, mostly in the field of mood disorders. 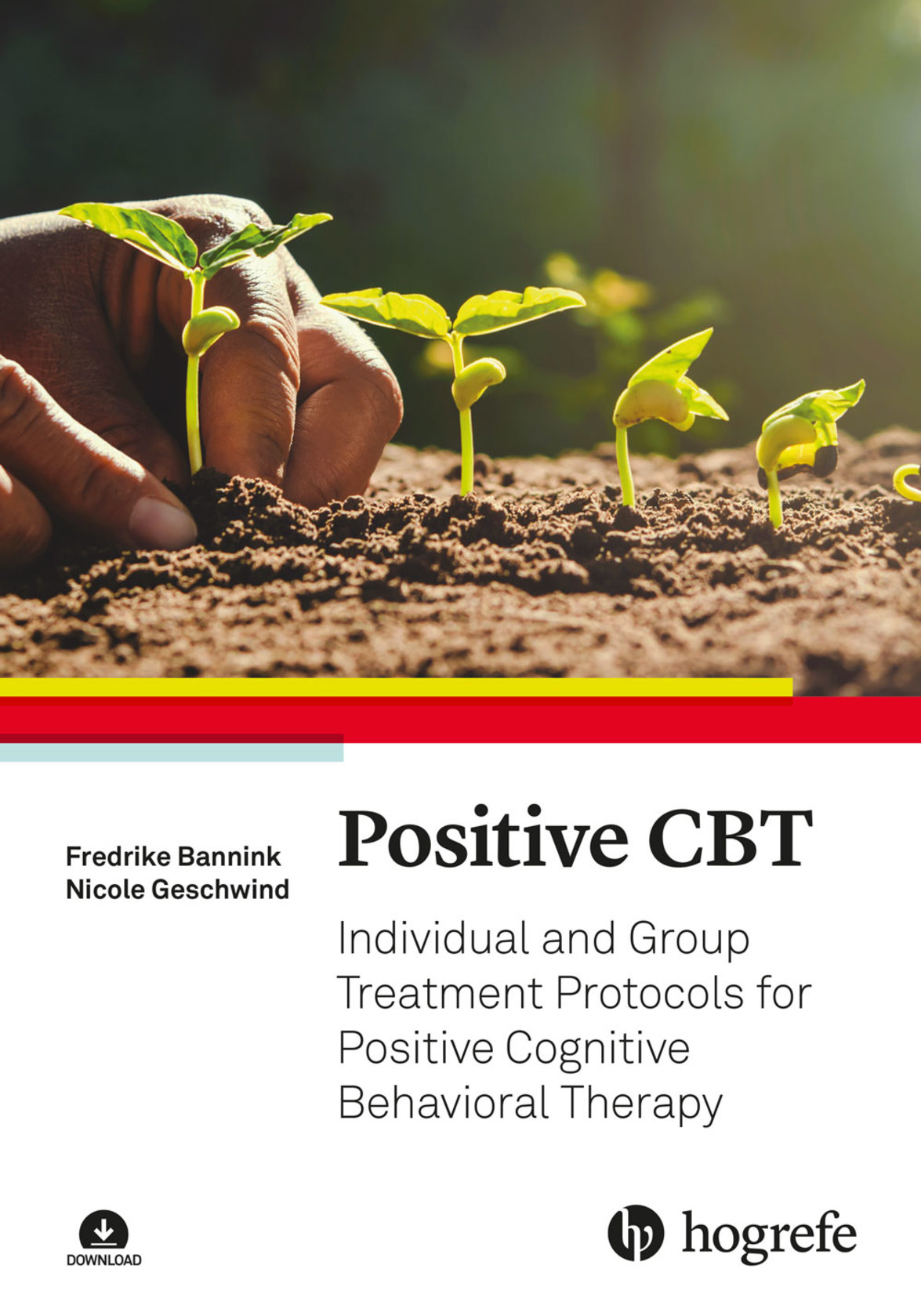 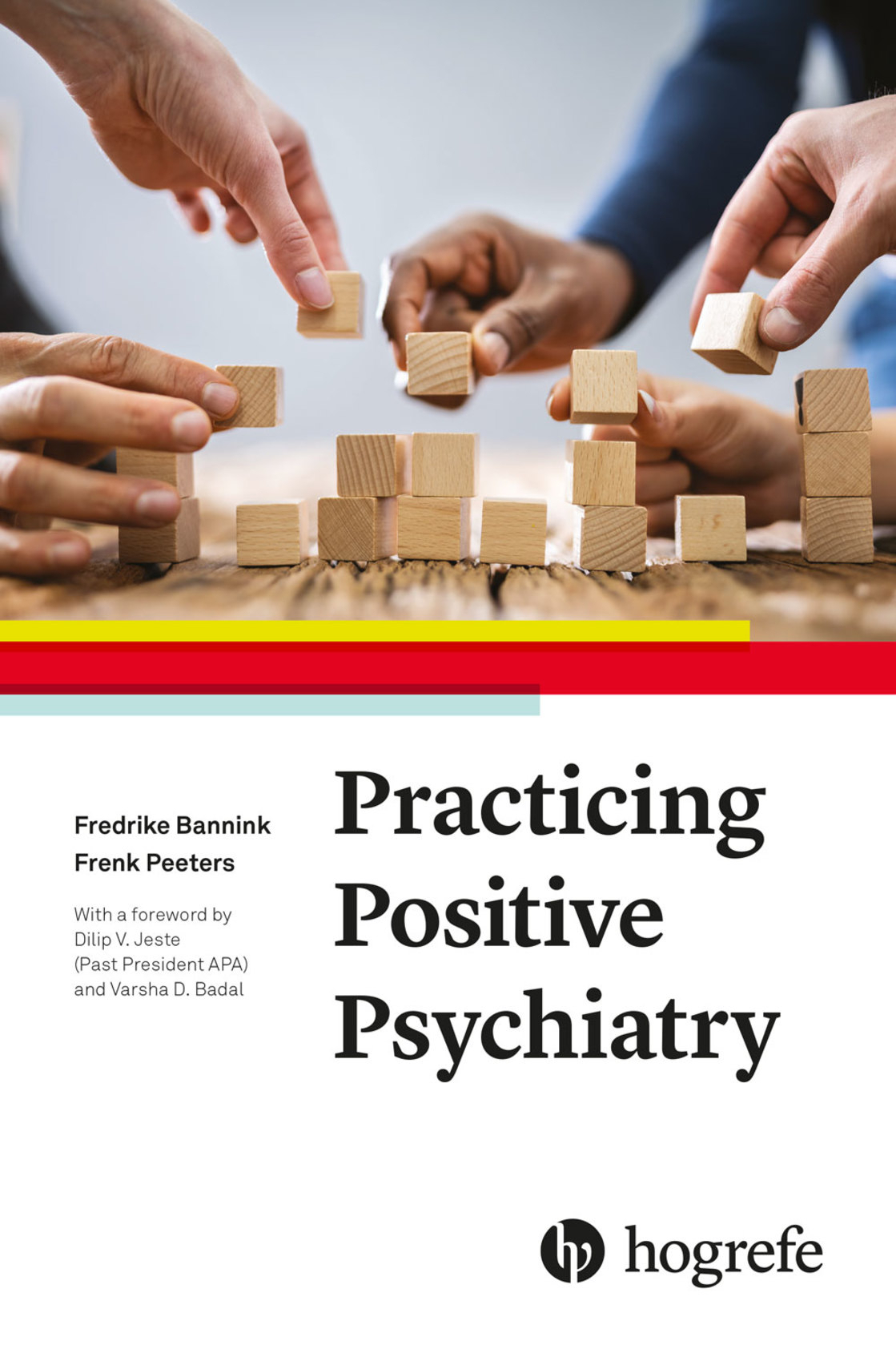 Practicing Positive Psychiatry by Fredrike Bannink, Frenk Peeters
New practical guidance for psychiatrists and other professionals working in the field of mental health care who want to know how to apply positive psychiatry – full of practical applications, case examples, and stories!
Learn more
save