An article by Dean Elbe PTSD in Children and Adolescents

Trauma-focused cognitive behavioural therapy (TF-CBT) is the main treatment approach to PTSD in children and adolescents. Sometimes TF-CBT includes use of eye movement desensitization and reprocessing (EMDR) therapy, an evidence based nonpharmacological therapy that helps facilitate the resumption of normal information processing and integration (Cohen, 2010). PTSD drug treatments approved for adults, i.e., selective serotonin reuptake inhibitors (SSRIs), are not yet approved for PTSD in children or adolescents (Elbe et al, 2014). Pharmacotherapy may be considered adjunctively on an off-label basis if there is an inadequate response to TF-CBT or in the presence of a comorbid mood or anxiety disorder(Costello et al., 2002). Only two published randomized controlled trials (RCTs) for treatment of PTSD in children exist (both with sertraline); neither trial demonstrated superiority of sertraline over placebo ( Cohen, Mannarino, Perel, & Staron , 2010; Robb, Cueva, Sporn, Yang & Vanderburg, 2010). While sertraline was well tolerated in these RCTs, the potential for adverse effects (e.g., behavioral activation, irritability, sleep disturbances) must be considered when starting an SSRI in children or adolescents (Cohen, 2010). All SSRIs also carry warnings regarding increased risk for suicidality in children and adolescents (Elbe et al, 2014; US Food & Drug Administration, 2007, www.fda.gov/Drugs/DrugSafety/InformationbyDrugClass/UCM096273).

Non-SSRI treatments are also sometimes used adjunctively in children and adolescents with PTSD, although evidence of efficacy is limited to adults (Cohen et al., 2010; Katzman et al. 2014). A benzodiazepine (e.g., lorazepam, clonazepam) is sometimes prescribed on a regular schedule for a short period of time for severe symptoms or when anxiety symptoms (jitteriness) worsen temporarily following SSRI initiation (Bandelow et al., 2012). Long-term benzodiazepine use should be avoided because of the significant risk of dependence in PTSD patients, who are already at increased risk for a substance use disorder.

Prescribers may request help from pharmacists in creating withdrawal plans for patients who have been receiving long-term benzodiazepine treatment. Resources such as the Ashton Manual (www.benzo.org.uk/manual/) contain suggested withdrawal protocols, which usually involve gradual transition to diazepam (the benzodiazepine with the longest half-life) followed by tapering of the diazepam dosage over several weeks or months (Ashton, 2011).

The increased risk for substance use disorders in patients with PTSD has led to examination of the therapeutic potential of adjunctive treatments with reduced abuse liability. Pharmacists may see prescriptions targeting disordered sleep (e.g., trazodone, zopiclone) and hyperarousal such as the alpha-2 adrenergic agonists clonidine or guanfacine and the beta-antagonist propranolol in children and adolescents (Belkin & Schwartz, 2015). Second-generation antipsychotics (SGAs) such as risperidone are sometimes prescribed to reduce fear and aggression related to increased dopamine secretion (Cohen, 2010), but little evidence supports this practice in children. The potential benefits must be weighed against the risk of significant metabolic adverse effects with SGAs in this age group (Ho, Panagiotopoulos, McCrindle, Grisaru, & Prongsheim, 2011).

Pharmacists may be surprised to receive a prescription for prazosin for a child, as it is formally approved only for treatment of hypertension in adults (see product monographs. However, this alpha-1 adrenergic antagonist has been studied in six small RCTs in combat veterans and adult civilians for treatment of sleep disturbances and nightmares associated with PTSD (Khachatryan, Groll, Booij, Sepehry, & Schütz, 2016). These symptoms also cause significant distress in children and adolescents with PTSD, and their impact on daytime functioning and well-being can persist after other symptoms subside (Cohen, 2010). Child and adolescent psychiatrists have shown increasing interest in using prazosin for these PTSD symptoms. A handful of published case reports describe beneficial responses and good tolerability (aside from transient dizziness early in treatment) with prazosin at a dose of 1–4 mg at bedtime (Brkanac, Pastor, & Storck, 2003; Fraleigh, Hendratta, Ford, & Connor, 2009; Strawn, Delbello, & Geracioti, 2009; Strawn & Keeshin, 2011; Oluwabusi, Sedky, & Bennett, 2012; Racin, Bellonci, & Coffey, 2014). Children and adolescents who are normotensive at baseline usually tolerate the hypotensive effects of medications well. However, pharmacists should still counsel caregivers and patients taking prazosin or other adrenergic blockers regarding precautions to mitigate dizziness and prevent syncope. These include avoiding dehydration by maintaining good fluid intake; taking bedtime doses just before lying down; rising slowly from a sitting or lying position; using caution with hot baths, showers, hot tubs, or saunas; sitting down if feeling dizzy or lightheaded; and ensuring regular blood pressure checks during the dose titration period.

Ashton, C. H. (2011). Benzodiazepines: How they work and how to withdraw (aka the Ashton Manual). Retrieved from www.benzo.org.uk/manual/contents.htm.<7p>

Cohen, J. A. (2010). Practice parameter for the assessment and treatment of children and adolescents with posttraumatic stress disorder. Journal of the American Academy of Child and Adolescent Psychiatry, 49, 414–30. Dean Elbe is a Doctor of Pharmacy and a Board-Certified Psychiatric Pharmacist working as a Clinical Pharmacy Specialist in child and adolescent mental health at the BC Children’s Hospital in Vancouver, BC. He is an international speaker on food–medication interactions and child and adolescent psychopharmacology. Dean’s research interests include developing clinical tools for clinicians and members of the public to obtain factual information about drug interactions between prescription medications and substances of abuse. 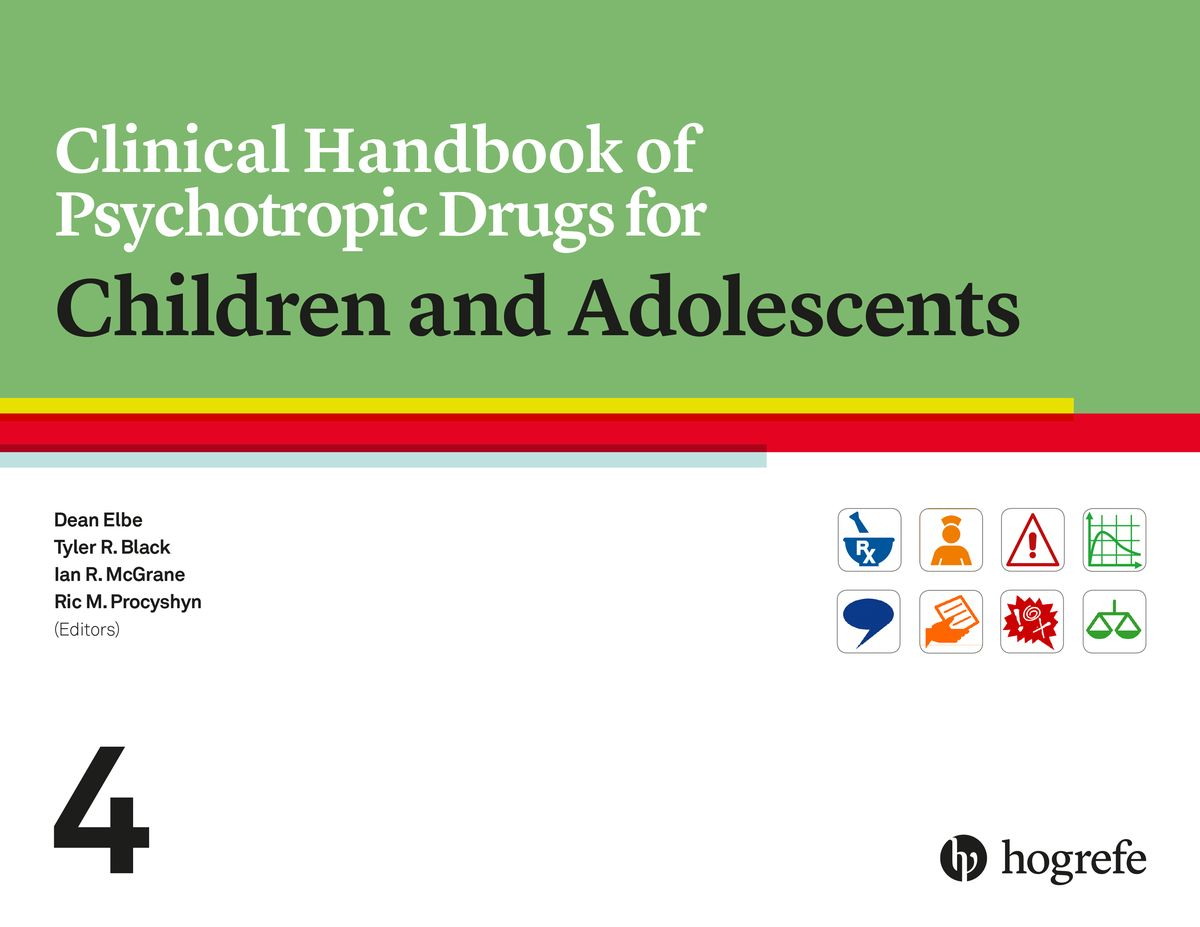 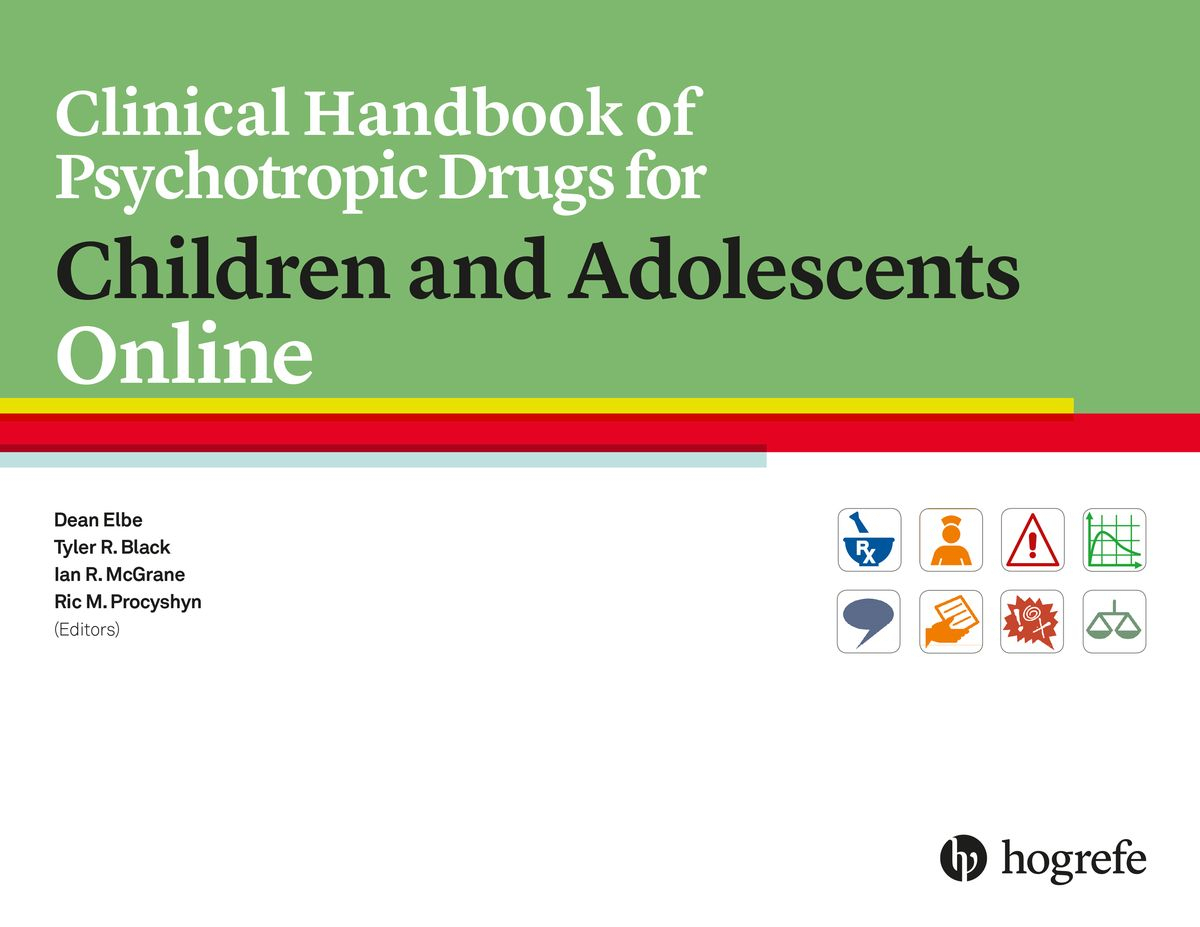 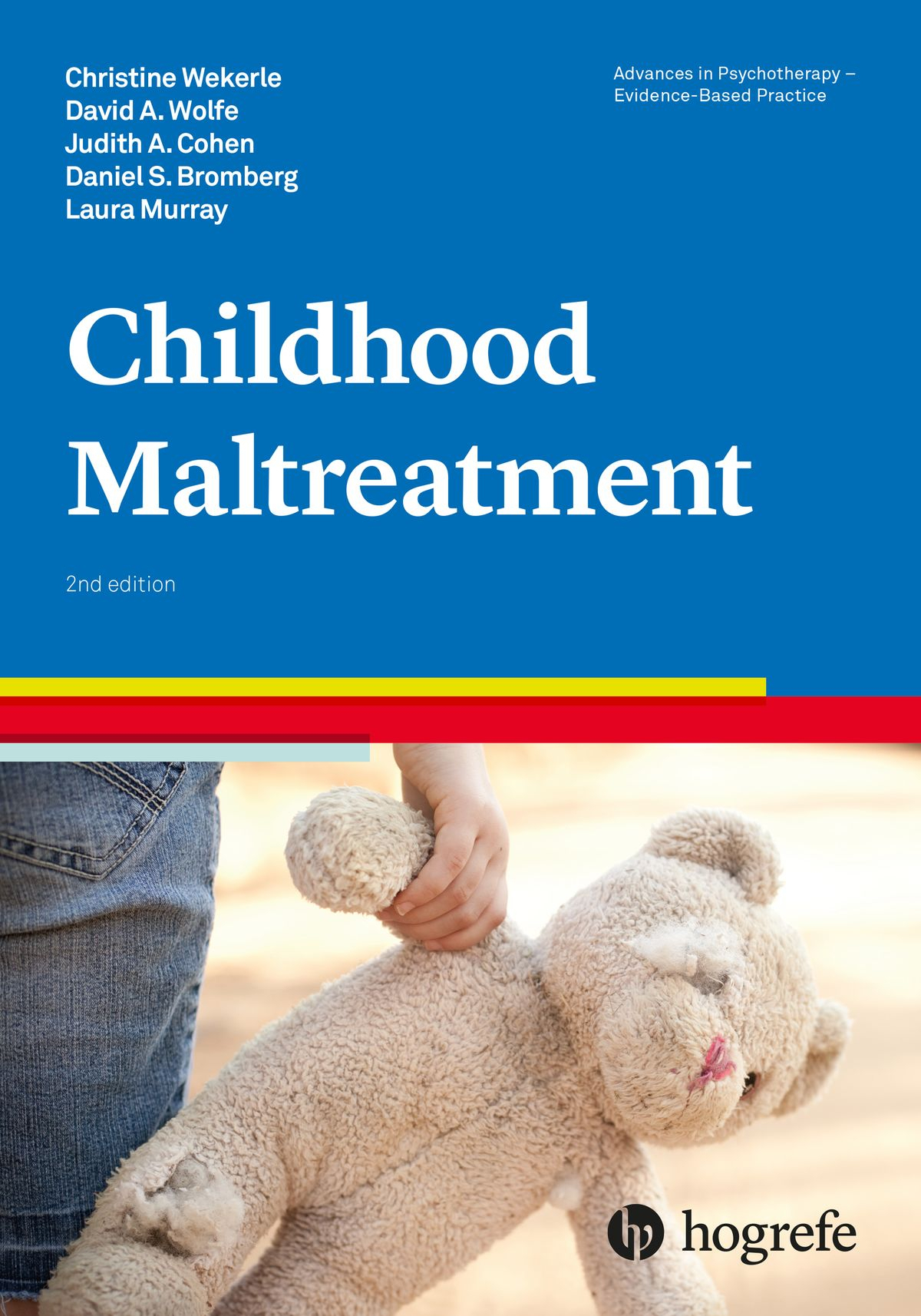 Childhood Maltreatment by Christine Wekerle, David A. Wolfe, Judith A. Cohen, Daniel S. Bromberg, Laura Murray
The new edition of this popular, evidence-based guide compiles and reviews the latest knowledge about the assessment, diagnosis, and treatment of childhood maltreatment, with particular emphasis on the current gold standard approach – trauma-focused CBT.
Learn more
save 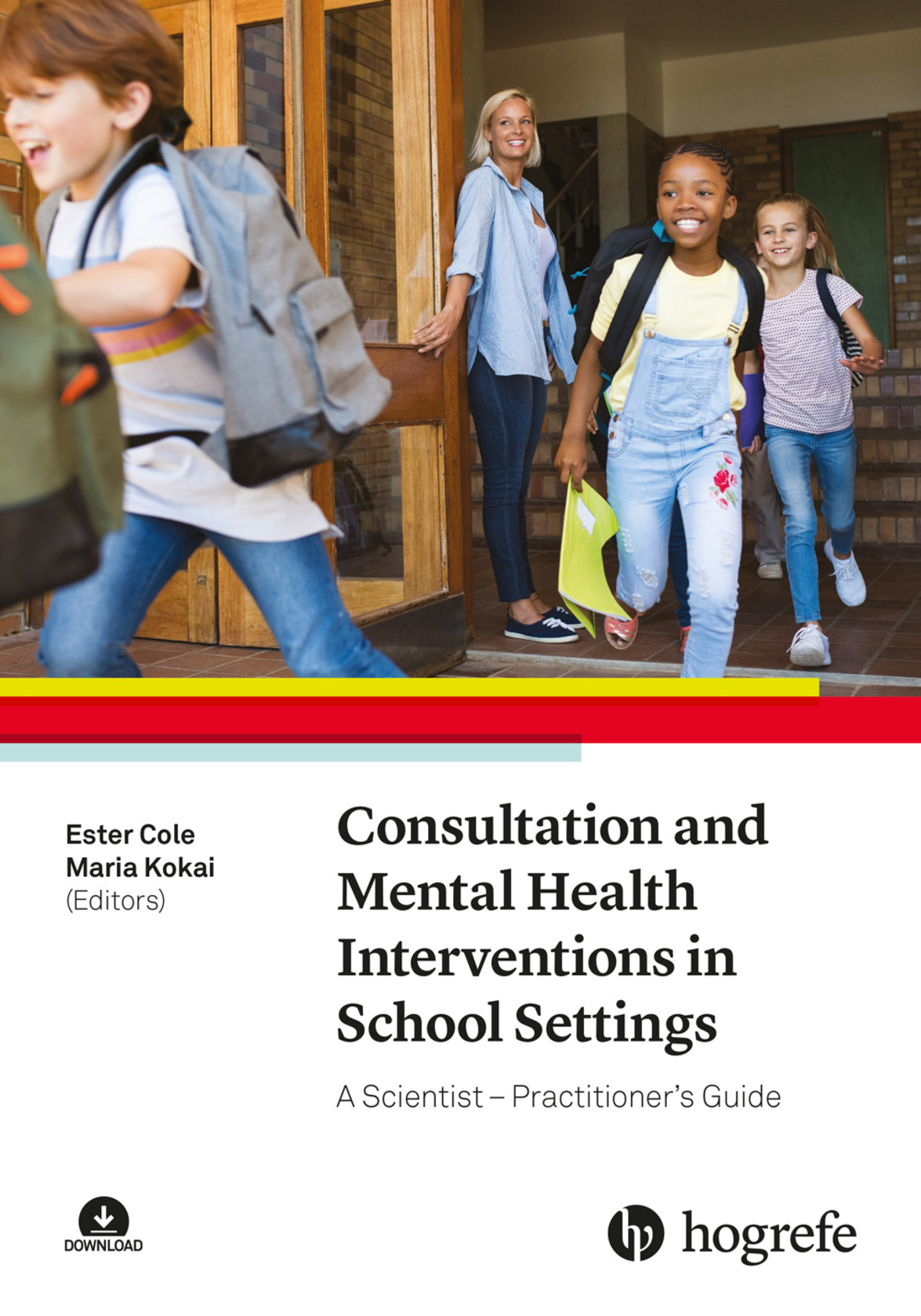 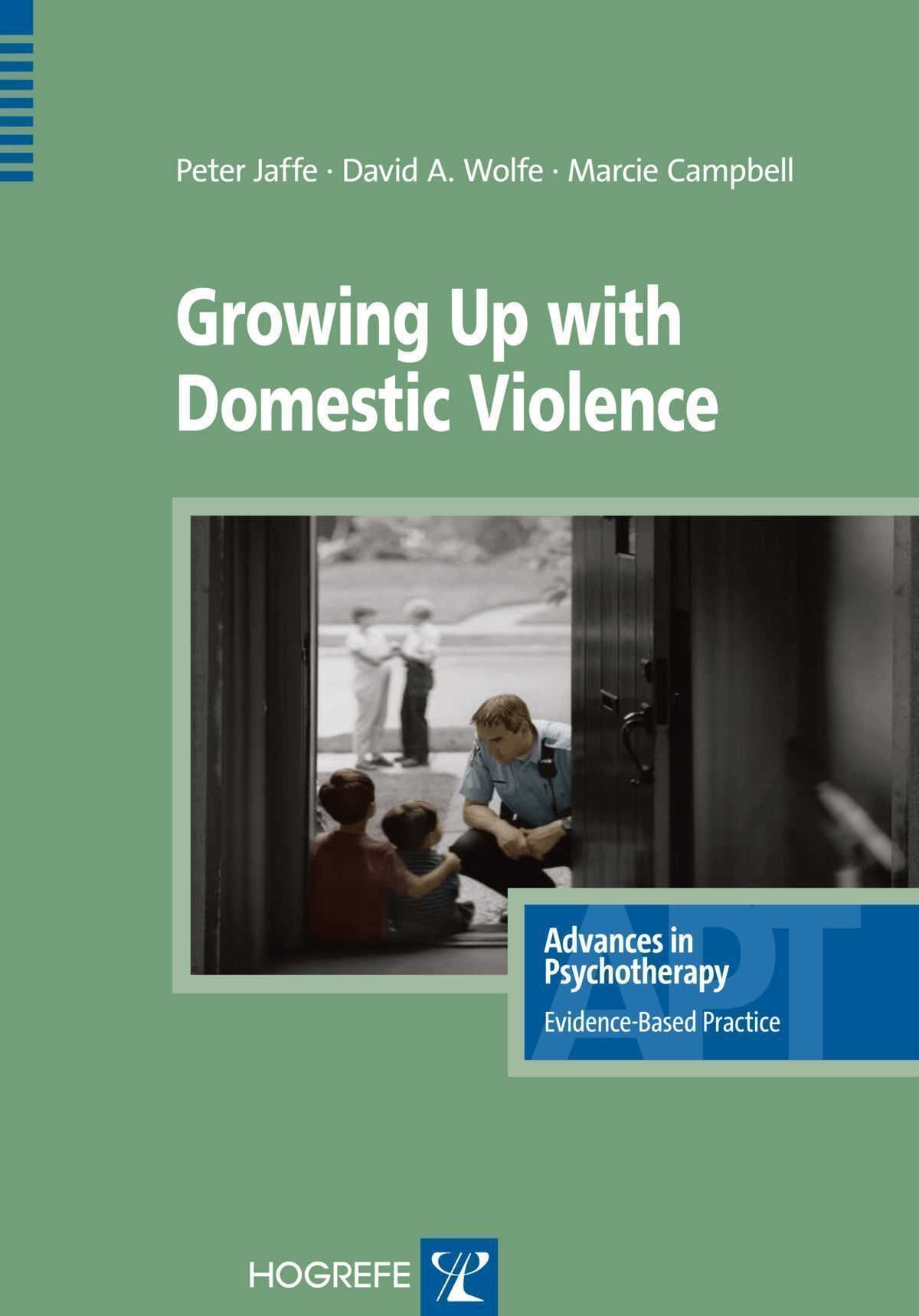 Growing Up with Domestic Violence by Peter G. Jaffe, David A. Wolfe, Marcie Campbell
Intimate partner violence (IPV) can have a profound impact on the children - this book shows to recognize these effects and provide effective clinical interventions and preventive measures.This compact and easy-to-read text by leading experts shows practitioners and students how to recognize the imp…
Learn more
save 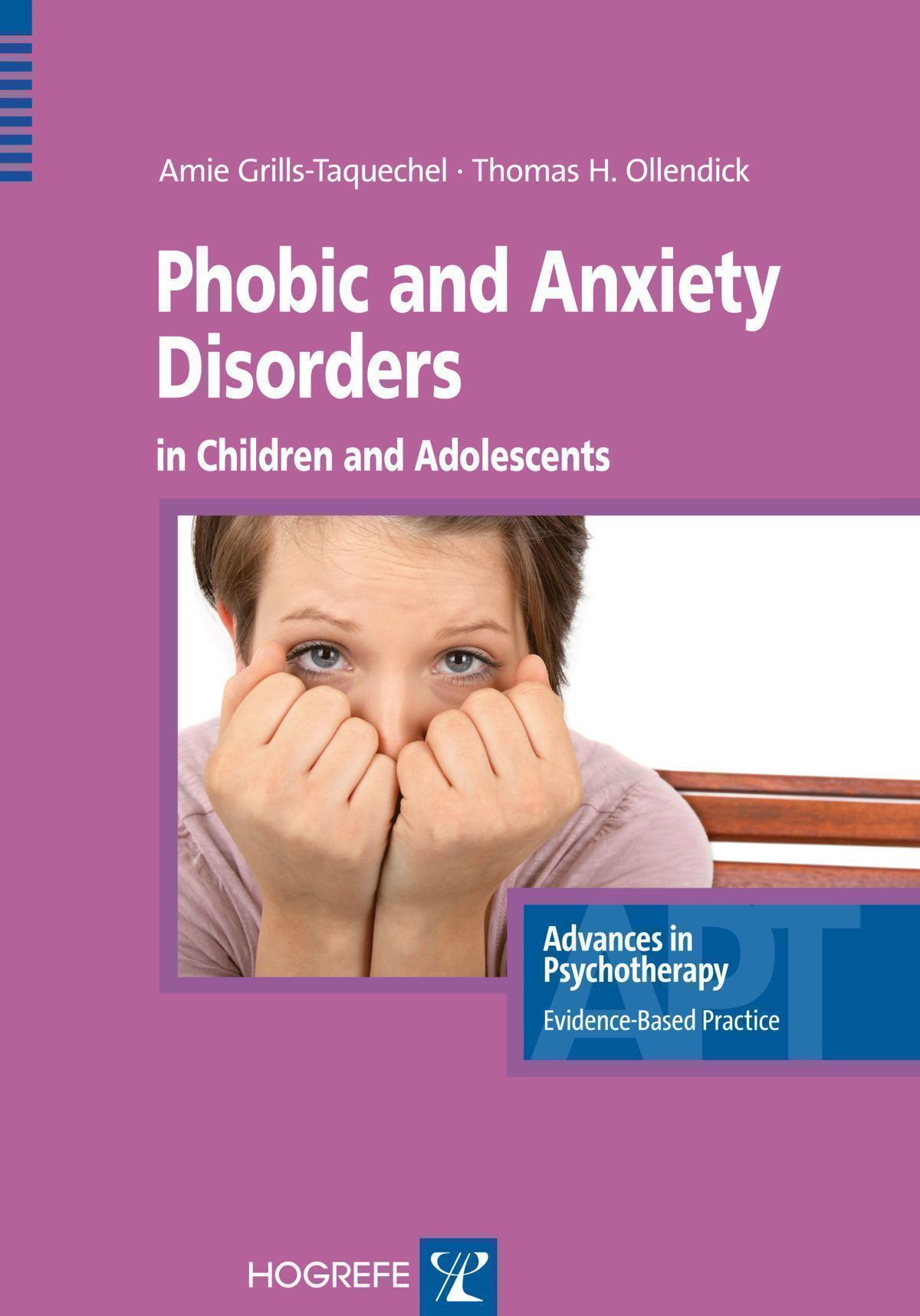 Phobic and Anxiety Disorders in Children and Adolescents by Amie E. Grills-Taquechel, Thomas H. Ollendick
Compact, authoritative guidance to effective assessment and treatment of the most common psychological difficulties in children and adolescents – phobia and anxiety disordersThis authoritative but compact text addresses the psychopathology, assessment, and treatment of the anxiety disorders and phob…
Learn more
save